Lifou and back at sea

Our last stop was at Lifou. Lifou is the largest island in the archipelago of coral atolls and we were back in New Caledonia. Long stretches of white sand beach, small coves, limestone caves, grottos and imposing cliffs give the island one of the most dramatic landscapes in the pacific.
Melanesian seafarers were the first people to discover and settle. Whether French navigator D’Entrecasteaux or La Perouse was the first European to arrive is unknown - there’s some dispute as to whom. The name Loyalty Islands was bestowed on the group of islands by European merchants towards the end of the 18th century, apparently to acknowledge the cooperation of the indigenous people. Today, the main industry is copra, the dried meat of coconuts, from which oil is extracted. Increasingly, tourism is becoming an important mainstay of the local economy.
Once again we tendered to land. 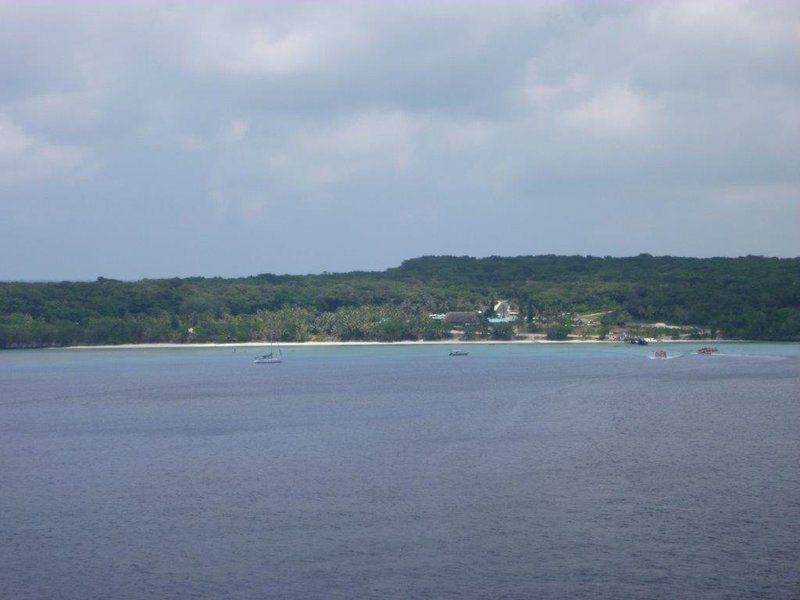 From the ship we could see the Notre Dame de Lourdes, a historic chapel with a regal iron statue of "Our Lady of Lourdes" looking out from its rooftop. Constructed in 1898 by Catholic missionaries, this rustic church sits nestled atop the area's lush cliffs, which plunge dramatically down to the water below. 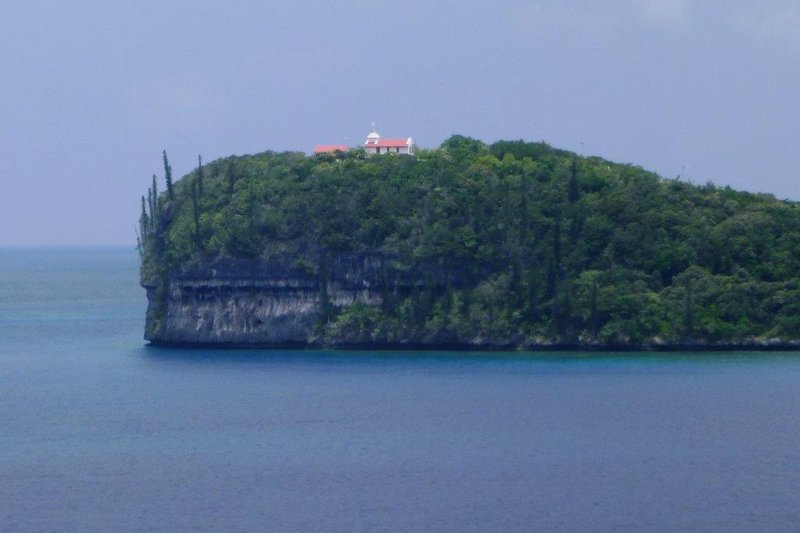 Once onshore we spent some time swimming at the beautiful beach. 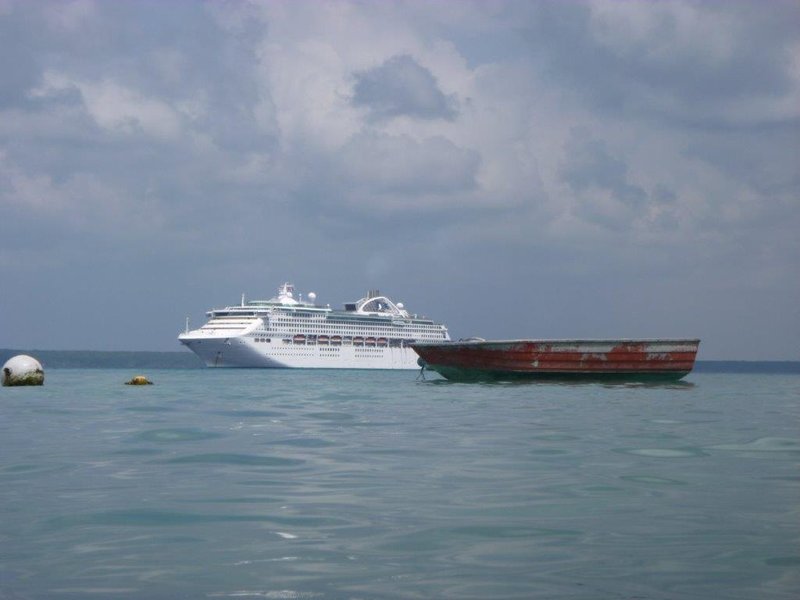 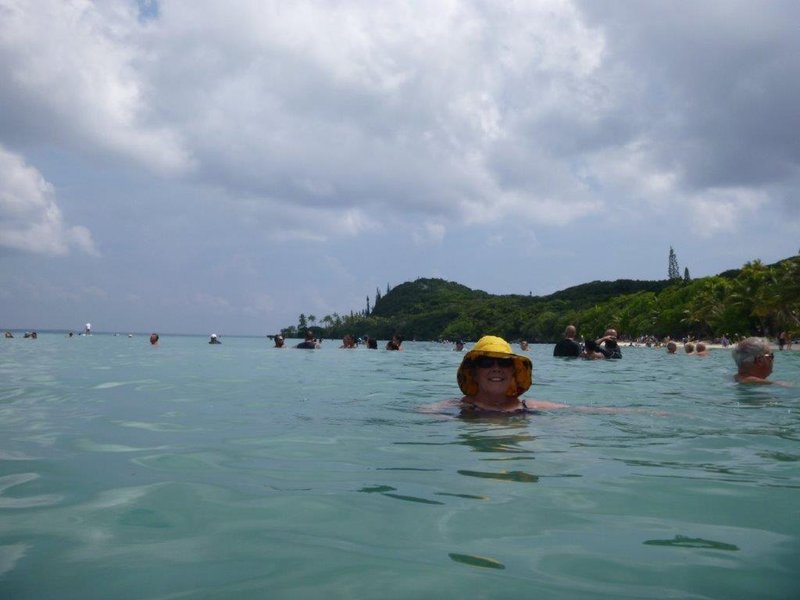 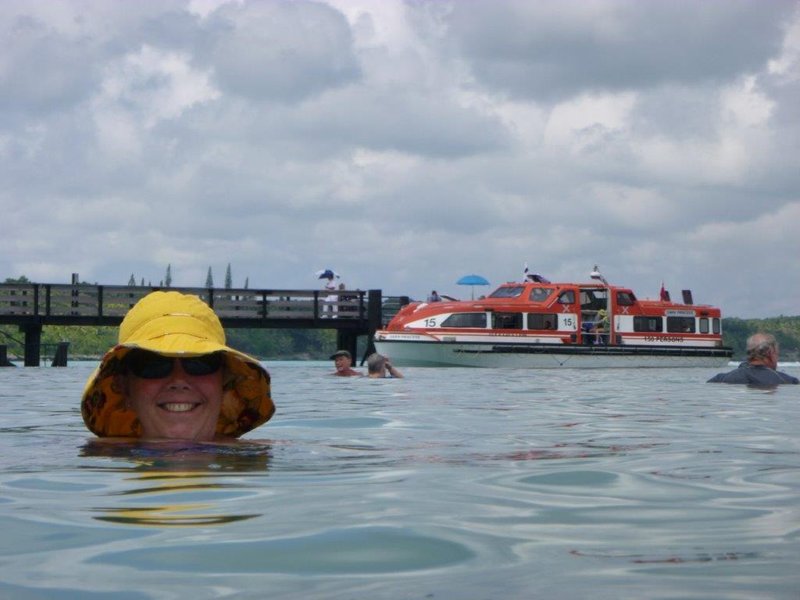 There were even pigs running around. 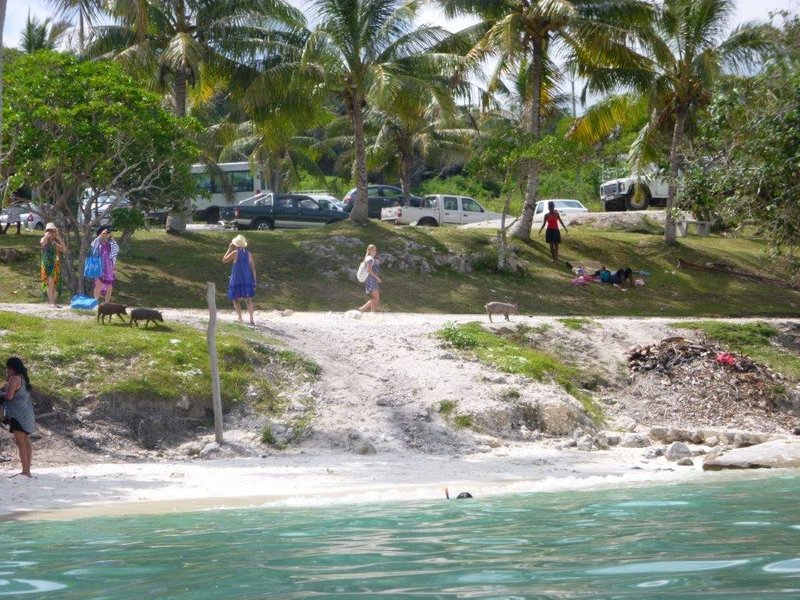 In the afternoon we visited the tropical northern end of Lifou. We visited a Vanilla Plantation. While exploring this idyllic setting, which included robust ferns resting on raised coral "pillars" and vanilla vines draped over the branches of trees, we learned how vanilla is harvested and how vanilla-infused products are produced. 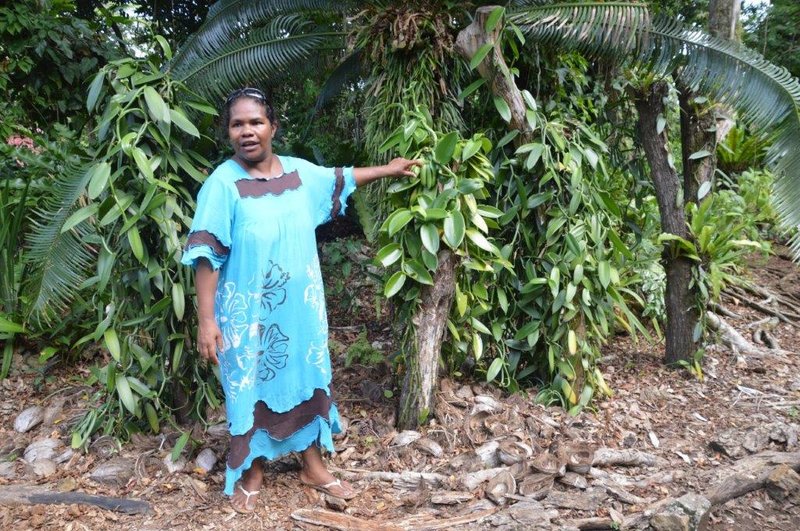 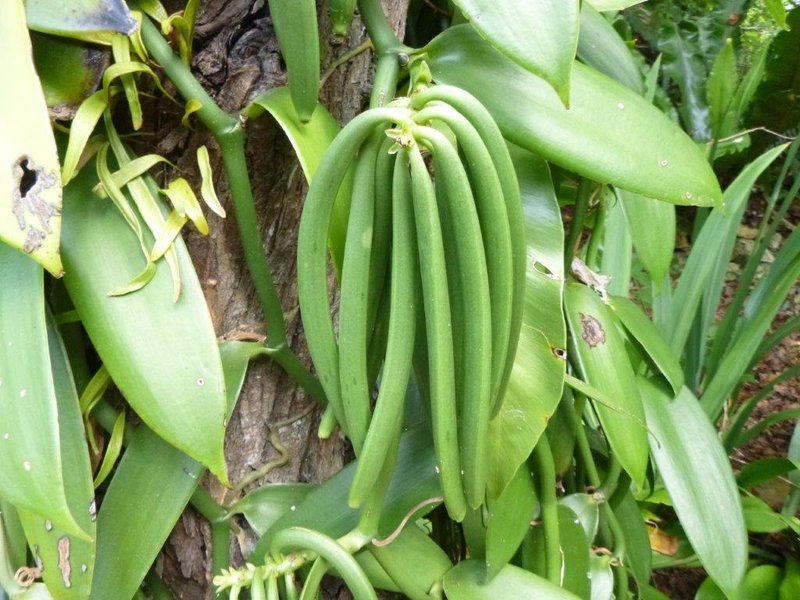 Back on the road, we travelled to the towering cliffs of Jokin, a charming village along Lifou's rugged northern coast. Once the walls of the island's barrier reef, these breathtaking, 120-foot cliffs consist of layers of ancient fossilized coral built up over time. We explored Jokin Village while savoring fresh coconut milk, a welcome gift upon arrival. 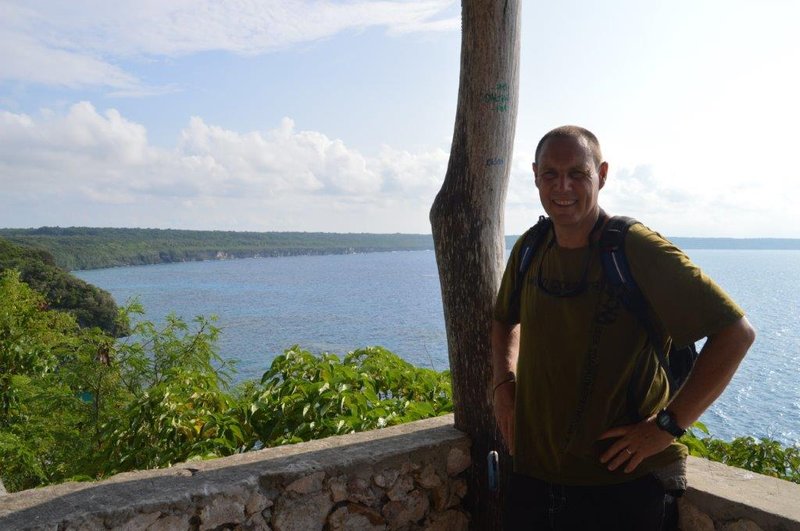 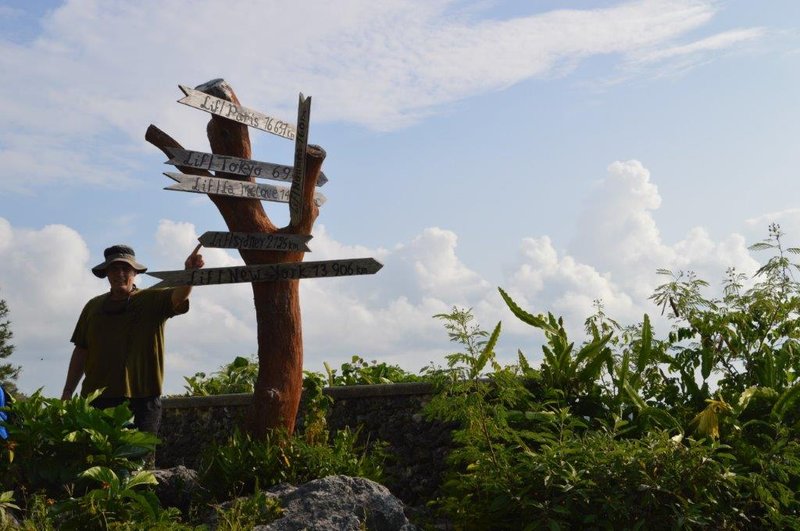 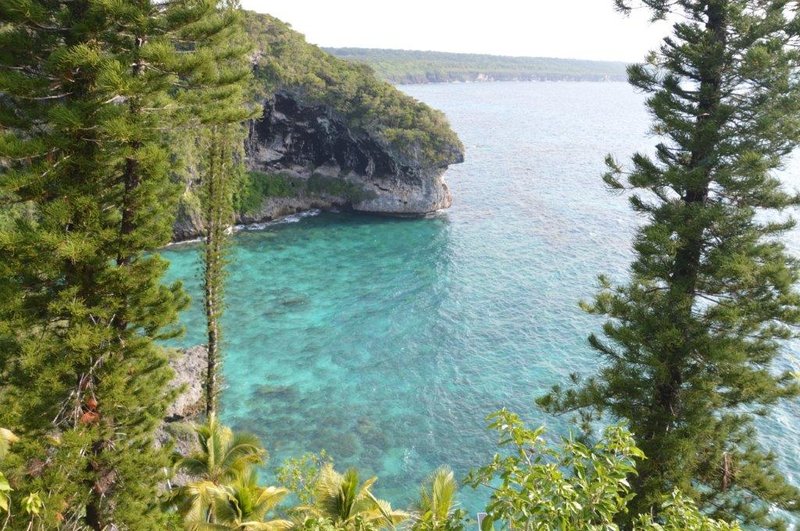 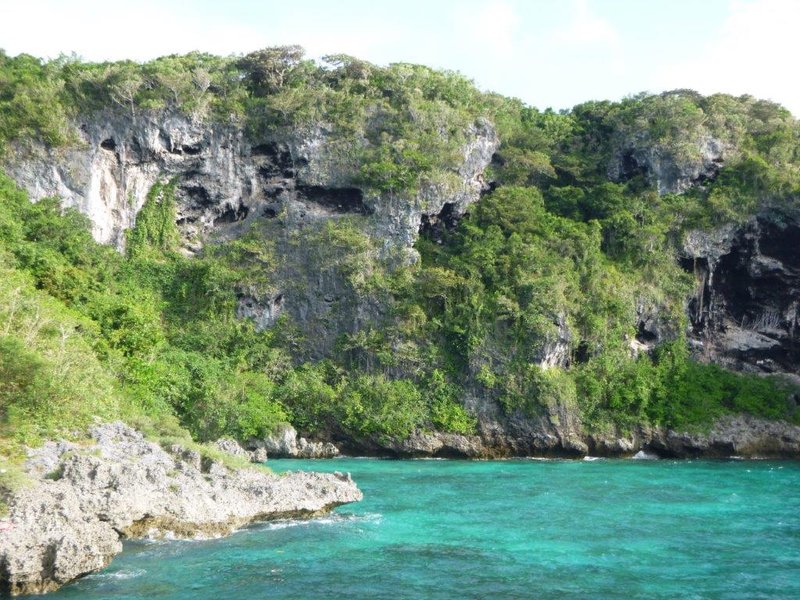 As tall palms waver in the island breeze, we meandered amongst traditional buildings including an impressive, round meeting hut topped by an intricate thatched roof. 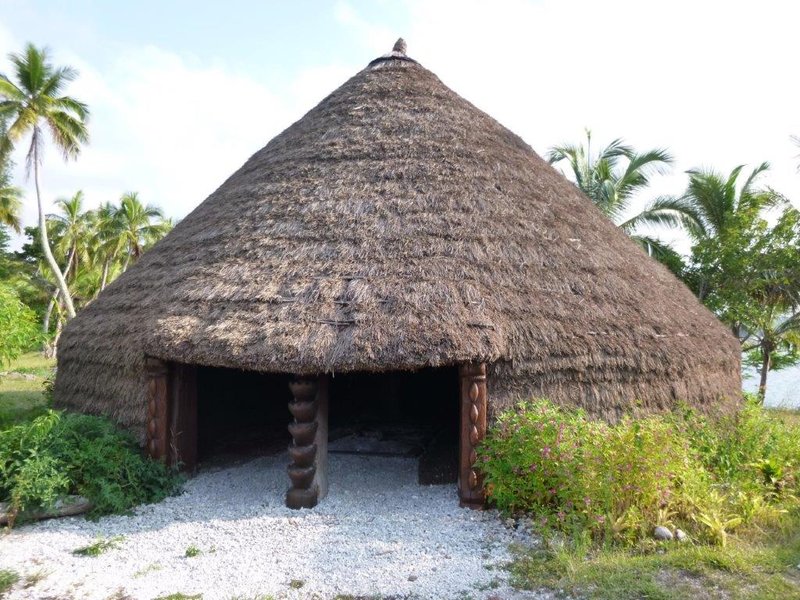 We then headed back to the ship. This was our last stop and we were sad to be leaving these beautiful places.
We had 3 days at sea returning to Sydney. Once again we were so lucky with the weather. Shane and I were not sure how we were going to go on this cruise with the sea days but we were not sea sick and we enjoyed it so much that we will be going on further cruises in the future.
The morning of disembarkation we had breakfast on the terrace with the Harbour Bridge in the background. What a way to finish off the cruise. 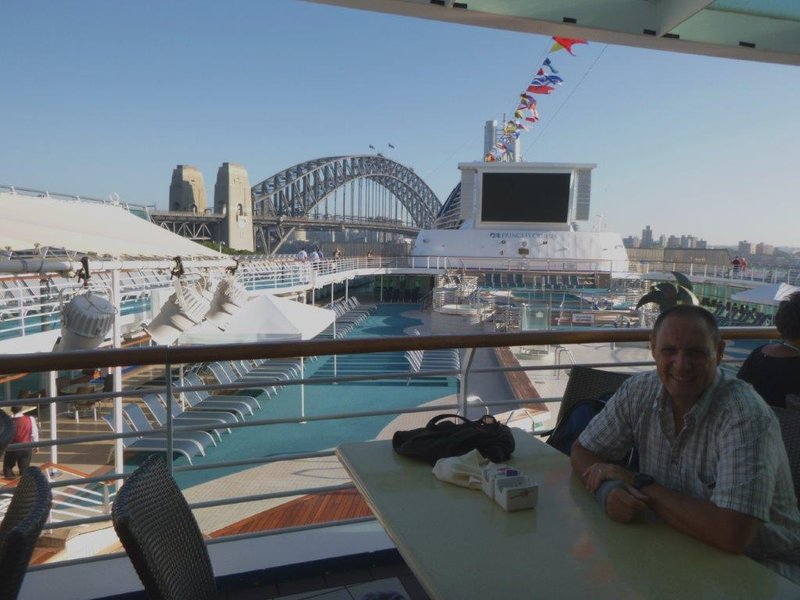 Disembarkation went smoothly and we headed to the airport for our flight home. Another adventure ends.

This blog requires you to be a logged in member of Travellerspoint to place comments.

If you aren't a member of Travellerspoint yet, you can join for free.